Map not yet available

We’re working on it 🙂

For all competitors from ultramarathon. 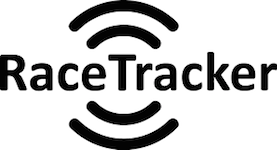 The track starts the same way as the marathon track, following the blue tape marking that leads to Stanii Valley, through the Buzaianu crest. (CP1)
After it passes the first checkpoint and supply point it climbs uninterruptedly on the trail marked with a red cross towards Tabla Butii until it reaches the forest track marked with a red tape.

From here you descend in Pasul Boncuta on the forest track that leads to Vama Buzaului; you follow this road (in the left, towards Stanii Glade CP2), approximately 3 km, until the first crossroad. From here you turn right and run in the valley following the blue tape marking that crosses Cheile Vaii Stanii until reaching Curmatura Vaii Stanii CP3

From Curmatura the track changes on the northern side of the Stanii Valley crest, passing Hotului Fount, a place where you can refill you water bottles. You keep following the track and, after you see the blue cross marking that leads to Vama Buzaului and a red cross marking coming from Culmea Gropsoarelor, you reach Saua Chirusca. From this point, in approximately 10 minutes you reach Ciucas chalet CP4

Afterwards you need to follow the red tape towards Ciucas Peak CP5, the highest point of the track, 1954 m. From the peak you descend in Saua Tigailor (Tigailor mountain saddle) and from this point you leave behind the marathon track and continue until Pasul Bratocea (CP7)
Here you cross the DN1A street and start climbing towards Grohotis mountains following the track marked with a red tape. After a slow ascent into the forest you reach the alpine void.

From this point you continue on a track that is very well pointed out on the level curve, in the S-W of the Babes Mountain and you ascend on winding roads towards Varful Bobu (Bobu peak). Here the mountain chine looks like a plateau. You continue on this bumpy road until reaching Varful Grohotis (Grohotis peak CP8). Here you turn right and ascend on the trail leaving behind the road on the right. Soon you reach Varful Grohotis (Grohotis peak).

From here you descend and you rediscover the track that rounds the peak (crossing the peak is mandatory). After you re-enter the track you continue on it until reaching the second mountain crest that descends towards East (close by there is water). The track you are descending can be seen on the left side.

You continue on the edge that descends towards East (Ulita peak CP9). From here the track leads to a sheepfold (Nebunu CP 10) .You leave it behind and enter the forest. You should follow mathematically the mountain ridge and, after a segment of forest, you should ascend on the Varful Stana (Stana peak).

After you cover a segment of the ridge covered by forest you reach, after rounding Magura Maneciu, Poiana Mare, near the Radio relay. You continue on the forest road that descends towards DN1 A but, close to this road, you will enter a short trail marked with a yellow tape. This trail will lead you to the Maneciu Ungureni village entrance.

Here you cross DN1A and, after a short paved road you reach the Maneciu lake dam CP11.
You cross the dam and continue on the forest road that leads to the Tataru mountains. After that you climb the serpentines on the Chiciureni hill. Leaving on the left side the road that descends into Valea Stanii, at the Schinda waterfall and then, on the right side, the road that descends to Slon, you get near the Cimitirul Eroilor (Heroes’ Cemetery) at Tabla Butii, after previously passing the Vf. lui Crai (Peak of Crai CP 12).

From Tabla Butii (CP13) you descend on the red cross marked track (that you climbed at the beginning) until reaching Valea Stanii at checkpoint no. 14. From Valea Stanii you return to Culmea Buzaianu but you will start climbing through the forest following the blue triangle, on the Parul Sterp valley.

The climbing is steep and it quickly takes you to Culmea Gropsoarelor- Zaganu (Gropsoarele-Zaganu ridge) where you come across with the Half Marathon track.

You pass through Varful Gropsoarele (Gropsoarele peak), following the red cross marked track and after you get to La Rascruce CP 15 you descend following the trail marked with a red triangle, to the Muntele Rosu chalet CP16. Here there is the final supply point. From the chalet you descend on the blue dot marked and you reach Cheia. 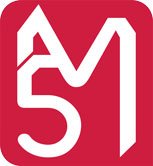